Everything you need to know about Victorian Interior Design

Victorian design was also heavily influenced by increasing globalization and communication. The design moved from just being a way to showcase wealth and turned into a way of showcasing one’s personal style. Thanks to new publications like The Ladies Home Journal, the idea of design trends, with the various decor being “in” or “out” for each season, started to develop. Trends traveled all over the world, with motifs from cultures like Egypt, Greece, and Asia becoming popular. People started to create distinctive interior styles, like Arts and Crafts or the Aesthetic movement, to show off their style.

Victorian home decor is an ornamental and lavish style that represented high status during the Victorian era. Rooms could contain a mix of historical styles, like pulling decorative ironwork from Gothic revival architecture or fleurs-de-lis drawn from medieval influences for decoration.

This eclectic nature of the design combated the idea that, when it came to Victorian decorating, an undecorated or bare room was an indication of a lack of taste. Therefore, these highly decorated Victorian rooms contained opulent furnishings, tapestries, patterned wallpaper, rich colors, flowers, and sentimental pictures and drawings.Ranging from the 1830s to the 1900s, the Victorian era was a time of innovation and creativity. As technology made mass production and global communication possible, interior design went from being a hobby for the rich to a part of everyday life for the common person. Known for its ornate and elaborate decor, Victorian-era design continues to have an influence on modern design ideas.

A HISTORY OF VICTORIAN INTERIOR DESIGN
Understanding the cultural and technological changes of the Victorian era provides a lot of fascinating insight into how the period’s interior design developed. One of the biggest influences on Victorian design was the industrial age. As factories gained the ability to easily and cheaply create furniture, art, and fabric, common decorative arts became a lot more accessible to the common person. This led to the characteristic “busy” look of Victorian design. For the first time in their lives, people were able to get all the beautiful objects they wanted, so they stuffed their homes with furniture, hung art on every wall, and loaded down every shelf, sideboard, and table with decorative items.
Victorian interior design, along with the Victorian era, owes its name to Queen Victoria, who was on the United Kingdom’s throne when this style rose to prominence. Here are other key points in the timeline of this design style:

Prosperity in the Victorian era: The Victorian era aligns with the reign of the UK’s Queen Victoria and refers to the period between roughly the 1830s and early 1900s. The Victorian era came on the heels of the Industrial Revolution (from 1760 to around 1840), and throughout the nineteenth century and twentieth century, technology advancements continued to make it possible for many household items, including decorations, to become cheaply mass-produced.

Opulence among the middle class: With furniture, art, fabric, and decorative arts suddenly accessible to common people, for the first time many middle-class homeowners were able to invest in the decor and design of their residences. People stuffed living spaces with beautiful objects—wall art, shelves of trinkets, and furniture—contributing to a “busy” look that became characteristic of Victorian design, particularly in contrast to modern, minimalistic styles.

Emergence of individual style: More than a simple show of wealth, Victorian-era style was a way people could showcase their own personal tastes and incorporate trends from Asia, Northern Africa, and other continents. Victorian interior design gained popularity because it presented the opportunity to showcase one’s uniqueness and allowed for distinctive design choices.

Kaleidoscope of colors and patterns:The era was defined by rich colors that came from new painting and dying techniques. Previously, colors were created from vegetable-based dyes, resulting in muted, earthy hues. With the invention of aniline dyes, the Victorian era featured bold colors that people were eager to use in beautiful plaids, stripes, damask, and florals in the form of wallpapers, curtains, and upholstery.

The Queen Anne style: One of the popular architectural styles that came from this era was the Queen Anne style, a revived form of architecture from the time of England’s Queen Anne, who ruled from 1702 to 1714. The style was distinctive in North America for its decorative details, corner towers, expansive porches, and patterned walls. The style evolved from early English designs into a variety of forms and regional variations. 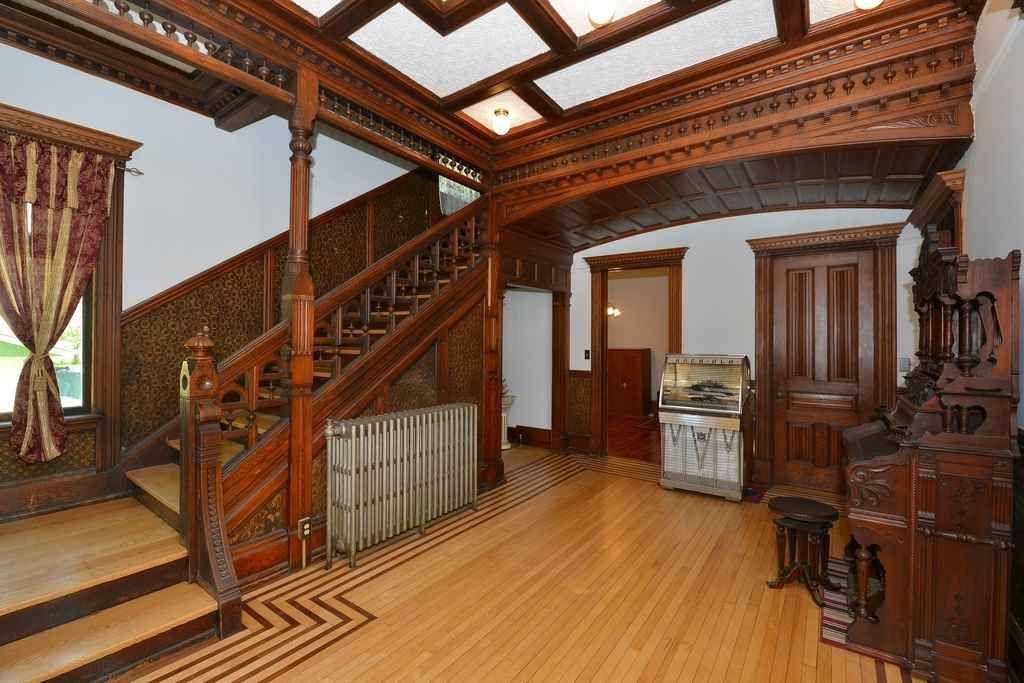 Another big change that influenced Victorian design was new painting and dying technology. For centuries, all the color in a home came from vegetable-based dyes that had soft, muted, earth-toned colors. However, in the Victorian era, aniline dyes were invented that could create strong colors like deep purples and glowing yellows. Thanks to new printing and weaving techniques, these strong colors could be used to craft stunning plaids, stripes, and florals. These trendy new designs quickly showed up in wallpapers, curtains, and upholstery, leading to cheerful, colorful homes for Victorian people.Victorian design was also heavily influenced by increasing globalization and communication. The design moved from just being a way to showcase wealth and turned into a way of showcasing one’s personal style.

The Industrial Revolution
The full effects of the industrial revolution were felt during the Victorian period and it changed daily life for the Victorians. With the advent of mass production, textiles and furniture became more affordable, especially for the rising middle classes. That which in the previous century was available only to the upper classes was now more easily attainable by those less fortunate. The Victorian middle class homeowner could now show his appreciation of style with displays of wealth and taste previously only practiced by the upper classes in their country homes.


Space planning
The Victorians saw their homes as a very important part of family life, but they had an obsession with privacy. The spaces within their homes were planned so that children, adults, servants and guests could all be separated and they created as many rooms as possible, each one with its own specific purpose. Public rooms were decorated very differently to private ones. The parlour was situated at the front of the house and this was where guests could be received and entertained. It was a hugely important formal room and the intention was to show off the family's wealth and standing in society. With too many rooms and small windows, we find the layouts of Victorian homes outdated and not at all suitable for modern living.

Talk to our Expert Designer

How can I help you?
Meena Sales

Thank you for contacting Blucap Interiors! How can I help you today!